Development of Android or iOS: What is better for your firm? 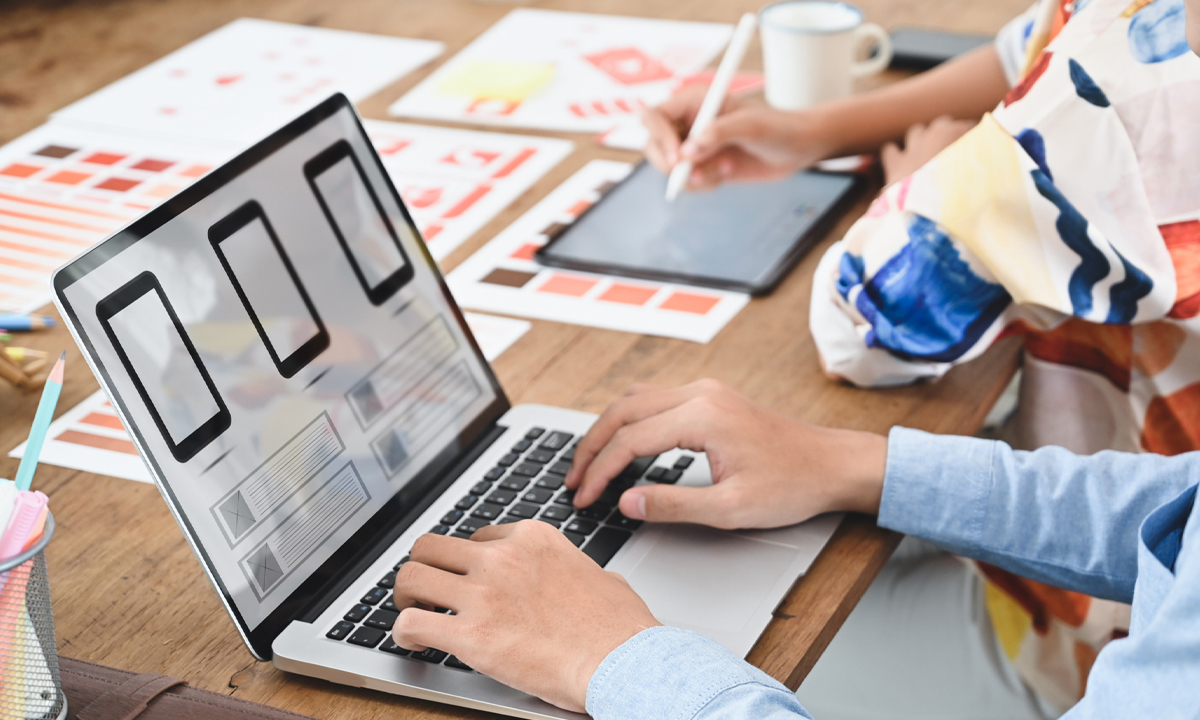 Choosing your mobile application platform is a major step towards its success. A majority of the population operates on digital devices and is an enormous market for the organizations to represent.

But the population is diversified and spread on their devices across a number of platforms, making it necessary for companies to choose which channel to target themselves and gain a larger market share.

Two of the world’s leading platforms on people’s mobile devices are Android and iOS. We form the largest market share leaving aside all other operating systems.

Recent statistics suggest that with about 2.5 billion monthly active users, Android seems to be the most common and tremendously-used smartphone operating system in the world. This makes it used in about 87 percent of the world’s mobile devices.

Although iOS holding little distance from the competition had a market share of around 13. percent making it the world’s second most popular and highly-used mobile operating system that continues to continue to grow.

The latest versions of the iOS application are becoming increasingly popular and constantly contributing to iOS development.

Things to take into consideration when developing an app

A number of organizations look forward to an invitation for both the sites moving forward.

However, companies have to keep up with the following requirements before moving forward with the development:
⦁ Reference testing must be done on the document. The company may like to or may not like the idea. If it doesn’t, going simultaneously for both platforms would be a setback for the organization.
⦁ It’s essential for the company in its process of growth to control its finances and hold them intact without leakage. The cost of developing apps on both platforms would require additional expenditure in the various aspects of the development of applications.

Factors to consider before selecting the right App development tool

When you don’t know the business, choosing the right one can be a tough choice. Once you realize that, taking the right course and progressing is not very challenging. The choice can depend on the factors given:

Objective Audience
The first move in choosing the right one for the company is to identify the target customers and segregate the correct potential customers from the others.
The best channel is the one that has the largest number of target markets to reach for your product or service and thus contributes to growth.
While Android may have a bigger market share, it may still not have the biggest target market share relative to iOS. Though market size matters, but the target market size is still more important.

App Downloads
Google has a bigger market than iOS, and therefore has more apps than iOS. Google is running a number of ads on its website, raising more money from it making a huge profit.
This may seem a fair point in the decision to make a choice but is limited to situations and places relevant to the client service line.

Average Income
After all, the company’ s slogan is to make profits. A big number of users may not get the attractive income that a small number of users who have a larger wallet size will pull in.
Statistics are not the only game to play on the market, hence, there’s a lot more. Android’s revenue was up 82 percent in 2016 but still lags behind iOS in profits.

Costs for the creation of the software
Development costs, while going through several variables, play an important role in choosing the medium for application development.
Organizations need to check and see if the platform’s implementation cost is worth the demand they plan to reach. The companies need to pursue income and dividends and only then do the growth move forward.

Advantages in creating an Android App
⦁ Android has a broader community base and thus has wider support for both users and developers.
⦁ Because of its vast number of users, a variety of apps support Android and is therefore easy to design and ready to go built models.
⦁ Android apps are simple to use and release on the market owing to their availability and highly compatible devices, with good marketing help and specific strategies.

Disadvantages of Android App Development
⦁ All Android devices are very specific and each app is designed with a focus on different things.
⦁ Android programs fail to keep up with the various features and characteristics of the different devices if they are not properly developed and keep the points in view.
⦁ Android apps are going through a dynamic testing process because of the large platform and variant variants. This makes the testing process time-consuming, repetitive, and expensive.

Advantages in designing iOS App
⦁ iOS has a higher usage stratum than its competitors and thus has a greater sales inflow relative to Android.
⦁ iOS is designed specifically for Apple devices only and can therefore efficiently and effectively exploit apps and smartphone opportunities.

Disadvantages in designing iOS App
⦁ Apple store has strict and intact guidelines for Apple store releasing an iOS application. Therefore the applications are more likely to be refused due to a number of issues.
⦁ When built, iOS apps have a complicated process to configure and have restrictions.

All systems get their own advantages:
⦁ IOS applications are fantastic at producing sales.
⦁ The design of iOS apps is less difficult.
⦁ Serve a smaller market but a bigger pocket.

Bottom Line-
It is very important to choose the right platform for your business and service, but it is not a matter of discussion because they both have their own pros and cons.

The facilities, as they are distributed, determine an organization’s performance and the solution so rendered should be the right fit for the target market to provide them. A number of organizations have been hustling about finding a solution to make a decision and will keep hustling about it.
If it was one perfect application, why would we need the second? The correct solution is not the only one but the one that best suits the requirements.

Android serves a different function whereas iOS devices have a different purpose to fulfill. The target markets are special and therefore the rivalry is in another category.