What are Native, Web and Hybrid Apps? 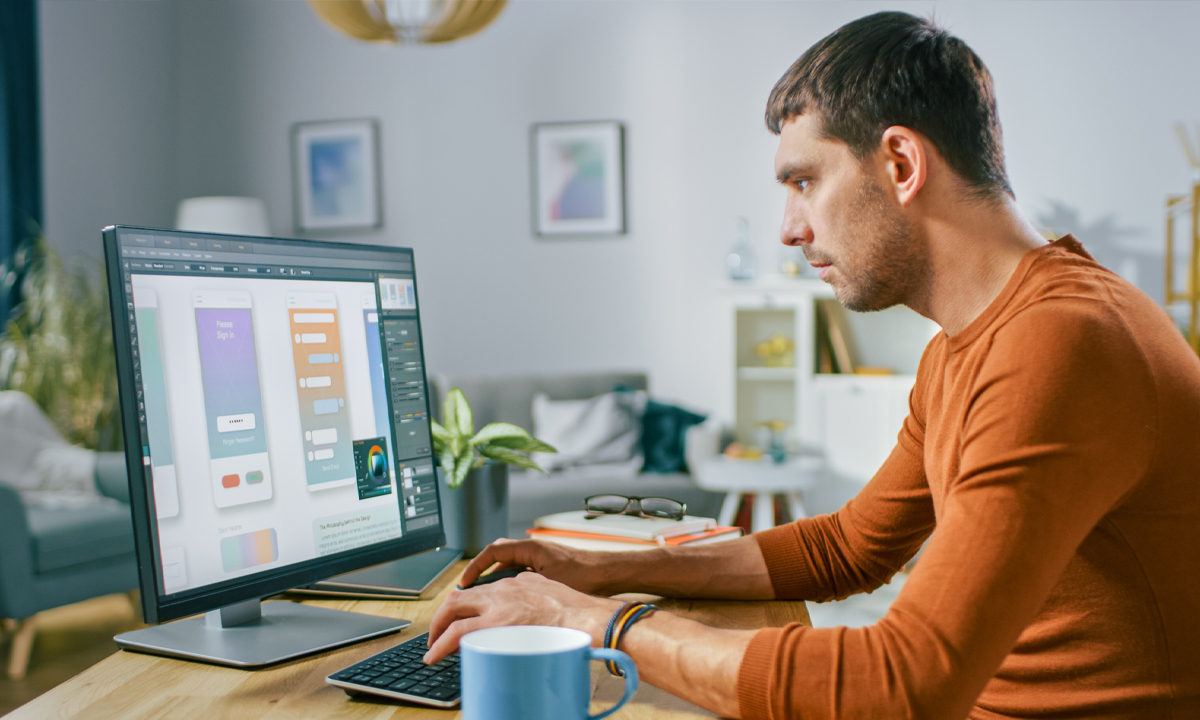 There are three different types of applications: Native, Cloud, and Hybrid. In this new article, we will clarify how they function and how they are most relevant–how they can be tailored to your needs.

We find a lot of meanings and abbreviations for the term application on the internet–or in short, web. But let’s keep it simple, with an app we mean a programming program designed to run on mobile devices like smartphones, tablets and other forms.
It’s important to think about the operating system it should be able to run on–like Android or iOS before you start developing a mobile application.

Smartphone users currently use various kinds of software on a daily basis. Many are enabled by chance, others from different stores have to be identified and downloaded from. Let’s dig deeper, a little.

What are native applications?
A native app is an application designed to run on a specific platform or computer. It helps native programs to communicate with the operating system features built on its platform and take advantage of them.

Android and iOS are the most common systems for apps. When you want the software to hit the full number of users, then creating an app for more than one operating system can be a strategic decision.
Every operating system has its own language for programming. The layout should be native to enable the program to work properly. This means programming in the language that suits the operating system.

Android apps are built in Java for example, and iOS apps are created in Swift language.

The benefits of the Native Apps
⦁ The best performance is at native apps. The software has a high level of performance since it are developed and optimized for one specific platform.
⦁ Native technologies are stronger. Developing a Native App is a great way to ensure reliable data security for your users. For example, compared to web apps that rely on multiple browsers and technologies such as JavaScript, HTML5, and CSS.
⦁ Native apps offer a better user interface. To make them look and work like a part of the computer, they get the operating system interfaces of their computers. Since the system has to adhere to specific UI specifications for each device, it allows you to provide an interface already familiar to the users.
⦁ Native apps work from devices with built-in functionality. That means native apps have direct access to features such as GPS, microphone, camera, etc. Besides, push notifications may be sent.
⦁ During creation native apps tend to have fewer bugs. With the creation of native apps, there’s less risk of errors happening because you don’t rely on cross-platform resources.
⦁ In most instances, it is possible to use offline native apps. Therefore, a continuous internet connection is not required.

The drawbacks of Native Applications
⦁ A downside of creating native apps could be the cost. That program, as mentioned before, needs to be designed for one particular operating system. In case you want your app running on Android AND iOS, you’ll need to build two different apps.
⦁ The cost of maintaining and upgrading apps is higher for native apps, especially if they support more than one mobile platform.

What are web apps applications?
A web app is a computer or browser-based program. Consequently, the code is programmed independently of the operating system. Unlike a native app, it’s possible to work with a single web app on several platforms.

Web apps are built using programming languages like HTML and CSS. They run through a URL within a device’s own Web browser.
Downloading and downloading a Web app from an app store is not required. Well-known examples are Safari shortcuts on iOS and Google Chrome shortcuts in Android.

Benefits of Web apps
⦁ Web apps operate a lower cost of development. This saves time and money, as the application can be used for cross-platform development.
⦁ Web applications are much easier to maintain. This is because they have a similar multi-platform code base.
⦁ Web apps do not need App marketplaces clearance. Developers are not required to submit their app for acceptance to any App Store. They can easily be published in any shape, at any time.
⦁ Web applications don’t need software notifications. Users simply don’t have to download or install any changes as the newest version is always shown when using the web application.

The drawbacks of web apps
⦁ Web applications do have limited access to system functionality. For starters, they don’t have the same access as native apps do.
⦁ Web apps could be costing more. Those which support multiple browsers must be separately configured and maintained.
⦁ Online applications are difficult for consumers to find. That is because they are not regularly identified in the app store, which renders the exploration of innovative online applications more difficult.
⦁ Web applications can have lower security. Since they do not have to be officially approved by an app marketplace, the users cannot be guaranteed full security and safety.
⦁ To work, web applications need to be connected to the Internet.

Which Applications are Hybrid?
A hybrid software draws together the best elements from both mobile and web applications. You update it like a native app, but inside, it’s just a web app.

Hybrid applications were built for web app creation in the most common languages, such as HTML and CSS. Which ensures they can be used at various platforms.

While being built in the web application language, they have the same potential as native apps to adjust to various devices such as a laptop, smartphone, etc.

Hybrid App Advantages
⦁ Hybrid systems have one open codebase. Like native apps, you don’t need two different Android and iOS devices to create. Alternatively, the author should build one device that can operate on both operating systems.
⦁ The development of hybrid software can save both time and money. Seeing that the author has only one codebase to maintain, it probably takes half the time and energy to build the device. While developers with hybrids are often cheaper than developers of native apps.
⦁ Hybrid applications are simpler to expand onto a different platform. Once it’s optimized for operating on one computer, launching it on another is quick too.
⦁ Hybrid applications have the feature of controlling machines. Unlike native apps, they are equally capable of accessing functionality unlike GPS, video, etc.
⦁ Hybrid apps don’t need an internet connection to function.

The drawbacks of hybrid apps
⦁ Hybrid systems must run properly on each device. If you want to get as similar to the “original user experience” it requires high-quality cross-platform app development.
⦁ Hybrid applications can not give both consumers the full Ui interface. Android and iOS users prefer very much to be faithful to their devices. It is impossible to please all styles of consumers when creating a hybrid device because there will always be small differences in user experience when opposed to native apps.

Contact Innovins, as we are one of the topmost ranking Mobile app developers in Mumbai. Please give us a call: +91 9987053623