The Future Of Mobile Application 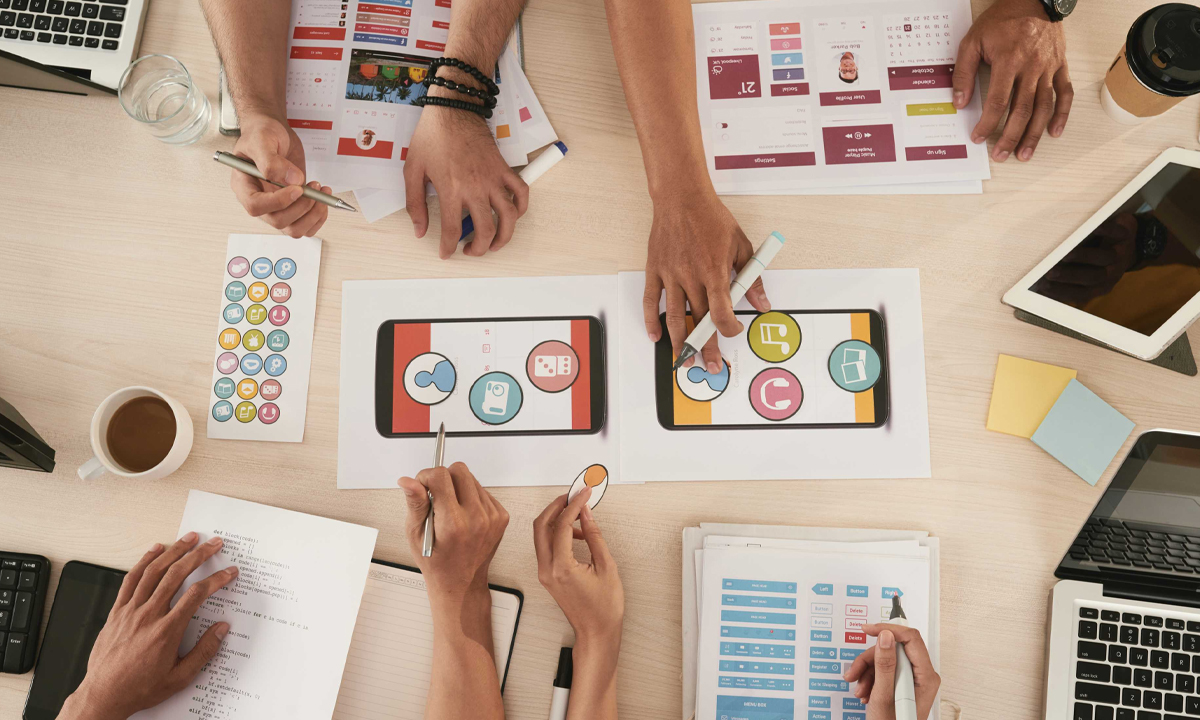 It is not that easy to fully appreciate how much mobile phones have advanced in the recent past. 20 years ago, many of us had no idea what smart phones are. We either didn’t have a mobile phones. We had  a brick phone like the classic Nokia 3310 brick, which by the way Nokia has reintroduced as a retro model.

After that Flip phones were introduced with few more features. 10 years ago, we had flip phones. Those phones were pretty much able to make calls, send text messages, and take photos, obviously pictures from those phones were not that clear or you can even say that they were so pixelated that you couldn’t tell the difference between a referee and a zebra. We are the top most ranking Mobile app development company in Mumbai.

Now lets talk about the current scenario. Today, we have phones like the iPhone X and other smart phones with its rotatory full-screen design, 4K video , facial recognition, wireless charging, and on and on. Seriously think about how far we’ve come, 4K video with a phone.

Today’s smart-phones have processors that are more muscular than the computer that was used in the 1969 moon landing. 1,300 times more powerful, to be exact. Regrettably mobile applications have also been getting bigger and bigger, which is why your 2 or 3 year old cell phone slows down as you update it with new software designed for faster hardware.

We can look back and see what earlier phones looked like, you might even still have an old flip phone sitting around in a drawer somewhere, and almost everyone has a smart-phone in their pocket. But what next? what we’d like to know is what the mobile phones of tomorrow will look like. Will we have flexible displays? High quality DSLR-like photos from the camera?

Let us see The Future Of Mobile:

1.Your phone will recognize you

For years, device manufacturers have been researching ways to beef up device security while letting users go around that pesky PIN. Many devices now feature fingerprint or iris scanners, both of which have proven to be risky and can be easily hacked. Early experiments in facial recognition were also underwhelming, as that technology could be fooled by a photo of the user’s face.Facial recognition could become the new gold standard for device unlocking, but as smartphone sensors continue to develop, your phone might sooner or later recognize you without scanning you. As an alternative, it will look for other unique dimensions, such as the tone of your voice, the way you move or the pattern of your typing. At Innovins we have the best mobile app developers in Mumbai.

In a few years it will become very challenging to break your phone, and you might finally be able to fold it up and put it your pocket. According to Fortune, after years of hype about flexible smartphone screens, this could be the year that one finally hits the market. The flexible mobile phones are a real (sounds like science fiction).This is manageable due to innovation of OLED and AMOLED display.

The Internet of Things (IoT) is the network of physical devices, vehicles, home appliances and other items embedded with electronics, software, sensors, actuators, and connectivity which enables these objects to connect and exchange data. In coming years, it is expected that over 5 billion people will be using IoT technology in some or other form. This means that you will be able to use an app on your smart device to control things like LED light bulbs, house appliances, medical devices, toys and much more. At Innovins we have the best mobile app developer in Mumbai.

Battery life on mobile devices has always been a primary complaint among users. With each new model, manufacturers seek to improve the battery, but they also add faster processors, which drain more energy. To solve this problem, device manufacturers are investigating and trying out with a variety of possible methods such as nanobatteries, hydrogen fuel cells, solar power and even kinetic energy—meaning your phone will charge as you move around. However your future phone’s battery works, it will surely charge faster and believably wirelessly, eliminating the need for a charging port.

A career oriented developers are now turning from web developer to app development jobs. Every e-commerce website will ultimately have to have a mobile app, and there is plenty of money to be made. The wallet and beacons technologies are increasing mobile users because users are most apt to purchase if checkout and payment process is made simple and secure. The developers can follow the trends in iOS app development for the betterment of app creation. We are the top most ranking Mobile app developing company in Mumbai.

USB Type-C is a specification for a reversible-plug connection for USB devices and USB cabling.

The focus will shift in addition towards segregation of wearable devices with phones/ tablets via apps with better interfaces & operation. We are the top most ranking Mobile app developing companies in Mumbai.