Should I choose to develop mobile apps over cross-platform applications? 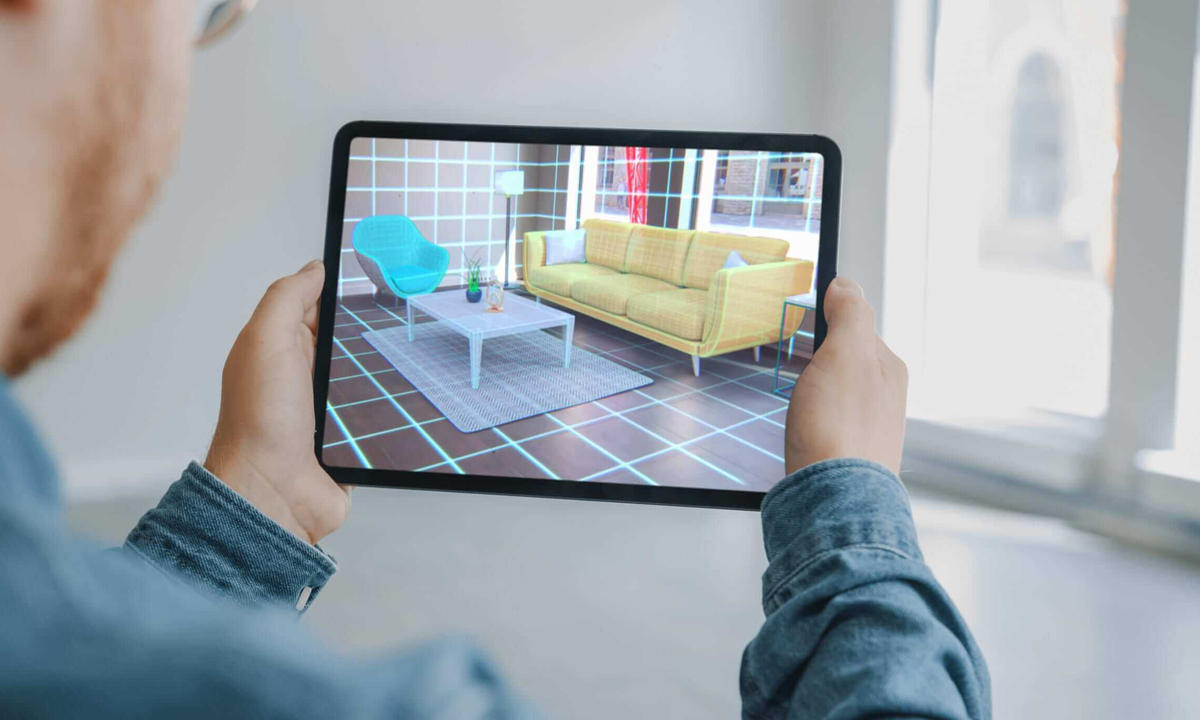 Today, the customer viewpoint highly powers the industry scenario. 65% of online shoppers use a shopping app to receive exclusive discounts, according to recent statistics. The stats show that the apps have become an undeniable part of the ecosystem that drives business growth. The world of app development seems to be divided between providing businesses with a responsive website, a native app, a cross-platform app, or a web app. But here we’ve seen that the development of mobile apps across platforms has recently gained some traction.

Phones have become part and parcel of our lives. We launch our day with a device buzz and end up spending 48 percent of our time on social networking, music and gaming applications for mobile use. The Google Play Store is literally full of innovative applications (2.6 million as of December 2018) and there are no indicators of slowing down in the penetration. The global market for mobile apps is expected to hit sales of $935.2 billion by 2023.

The development of cross-platform apps is not unheard of and is a panacea for the challenges of multi-platform mobile platforms. With just the effort to write a common code that can also be reused for other platforms, they offer supreme performance.

The main challenge facing developers with native apps is to write separate codebases for each platform they want to target, as you may already know. The cross-platform development of mobile apps offers a productive alternative to adhering to native SDKs without sacrificing any aspect of user experience:

The difference in operation: Generally speaking, mobile apps are classified according to their specific development strategy–local apps or cross-platform devices. A native app can only be used on a mobile platform on which it has been developed, but it can import and use a cross-platform app through multiple platforms. If a native app inherently has access to the device’s native resources such as camera and GPS, a cross-platform development app to access these native resources. This essentially acts as a web-based program.

Basics for development: Every native mobile app’s code is written from scratch as each mobile platform follows a different IDE. When the company plans to target multiple mobile platforms, the creation of native apps requires tremendous effort. Cross-platform applications always share a common code base that speeds up the process of developing cross-platform apps.

A short cycle of development: It offers developers an opportunity to reuse nearly 50-80 percent of the code in the cross-platform mobile development scenario, as a single code base is used for multiple platforms. Such a change shortens both development and deployment time, thus significantly reducing the time spent on the app market.

Cost Cutting: As the coding is repeated, the period that turns into revenue is that. This technology usage reduces development costs and provides an opportunity for the software to reach a wider audience. It also optimizes the use of capital to further reduce the cost of production.

Rapid MVP: A significant part of the development environment has become Minimum Viable Material. Because there is a concentrated initiative, there is a significant reduction in the MVP launch project. You can use the standard codebase to create an MVP, then you can add the following functionality.

Duplication of the code: Because of the creation of native apps, a lot of fragmented code is created. A single code is written for cross-platform applications that is repeated and the testing attempt is also put in the only code base.

Ease of Integration: Using the cloud environment, it is easy to support cross-platform integration.

What is the core of developing cross-platform apps?
There has been enormous technological advancement in the growing field of mobile apps. Smartphone cross-platform architecture is driven primarily by HTML5, CSS3, and JavaScript. The miracles they did together swept the technology world of the web with a hurricane.

Frameworks for the creation of cross-platform applications
HTML’s open-source superiority means better scores for mobile cross-platform growth in the following areas:
⦁ Code that is open source
⦁ Active support for the community
⦁ It is possible to have clear and fair documentation
⦁ It offers a wide range of development tools
⦁ Support of 360 degrees covering all aspects of app development
⦁ Codebase allows the user to reach the native computer.
⦁ Developers often encounter proven, tested pieces of code

Native reactors: understand once, write any where
React Native’s popularity can be evaluated using the decorated list of applications that use it. To render its services across multiple platforms, Instagram, Facebook Messenger, Uber, Flipkart, Skype, Amazon Prime, and Microsoft OneDrive use React Native. It is a library of JavaScript code that was launched in 2013 to the currently active community. React Native growth is very quick and developers are getting tremendous support from the open-source community.

Benefits of the Native Response
Popularity – React Native uses JavaScript, and if you use React Native to build cross-platform applications, you’ve got ample potential on the field for the skills you need.

Program performance-The features of the React Native UI can be added to the code, eliminating the need to update the application.

Xamarin: Company trusted
Xamarin has achieved tremendous traction in the developer community, as with Xamarin at the heart, vulnerabilities can be eliminated by significantly reducing the development time for cross-platform applications. As the code is repeated, they also monitor the replication of bugs and the introduction of new bugs.
The software code is written once and replicated through multiple platforms, reducing the ability for platform vulnerabilities to be implemented.
Xamarin allows developers to use C #and native libraries. NET as a cross-platform application development framework. Because the device is fully integrated with several mobile platform SDK, developers may control native apps utilizing commonly available APIs. The method doesn’t affect the app’s efficiency at any level.

Native UX –Xamarin’s UI toolkits can be used to build apps that make fun of the native interface and look perfect for consumers.

Right to big business- Xamarin is a case of perfect use of the wrapped C # and .NET framework. .Net’s presence makes it capable of using Microsoft tools to support cross-platform development as an enterprise-ready tool.

Flutter: In less time, stunning native applications
Created by Google, it brings the creation of cross-platforms to the next level. It was first launched in May 2017 and is at the very forefront of technological development and is rapidly gaining speed in the world of developers. It is in close proximity to the trend of “download once, execute twice,” sidestepping native systems entirely.
Through translating Dart source code into the native language, Flutter functions. A fascinating aspect of this high-tech device is named Hot Reload, which helps you to explicitly add updates to an application’s source code at runtime, saving you the hassle of recompiling the entire application. It retains the state of the app, so you can simultaneously code and interact with the app.
In fact, the development of the Flutter software includes a common framework for platform-specific features like Android and the Interface design of iOS, as well as the plug-in option. It is easy to use these platform-specific APIs and SDKs local.

Titanium Appcelerator: build smartphone interactions that are transformative
Titanium has been introduced as a cross-platform tool that has slowly evolved into a tool that currently supports native iOS and Android for the development of all kinds of cross-platform apps. The codebase is compiled into native code at the time of use with JavaScript as the core language to enable the use of native features.
Titanium and other software systems spanning platforms vary from the UI application engine viewpoint. For a more streamlined user experience, the Titanium framework utilizes APIs to translate the UI elements to local UI elements. Cross-platform applications based on titanium are more fluid and responsive.
As the software is accessible in-depth, the engaged developer community helps speed up the roll-out of devices. The tool’s focus is largely on the APIs, rendering it a very broad tool for the creation of the App. A core force is missing.
Titanium supports iOS and Android but restricts the native functionality that it can use.

PhoneGap: Build amazing web tech-enabled apps
In essence, PhoneGap is a web platform. It uses JavaScript to use the mobile device’s native features. The developer community uses it as an Apache Cordova deployment. Use cross-platform mobile development specifications, PhoneGap reacts to API bindings without any performance limitations to access native functionality.
PhoneGap’s configuration capabilities are common. A highly experienced developer can use PhoneGap to create a very user-friendly app. The newbies can find it difficult to use PhoneGap to their maximum potential. The drawback of the device is that it is compliant with too many devices, such as Linux, Windows, BlackBerry, iOS, Symbian, and more.

Bottom Line-
It’s hard for developers and business to match the pace at which the app development landscape is changing. Nonetheless, after a lot of research, it seems that cross-platform applications can be more leveraged to achieve the optimal ROI as the time and cost of production is much smaller than the native apps.

While the native apps prevail over cross-platform mobile apps in different ways, the option is driven primarily by the time and money available. The guidance lays out the advantages of how to use cross-platform devices, the ball is now in your hand.