Is Golang more effective than Rust? 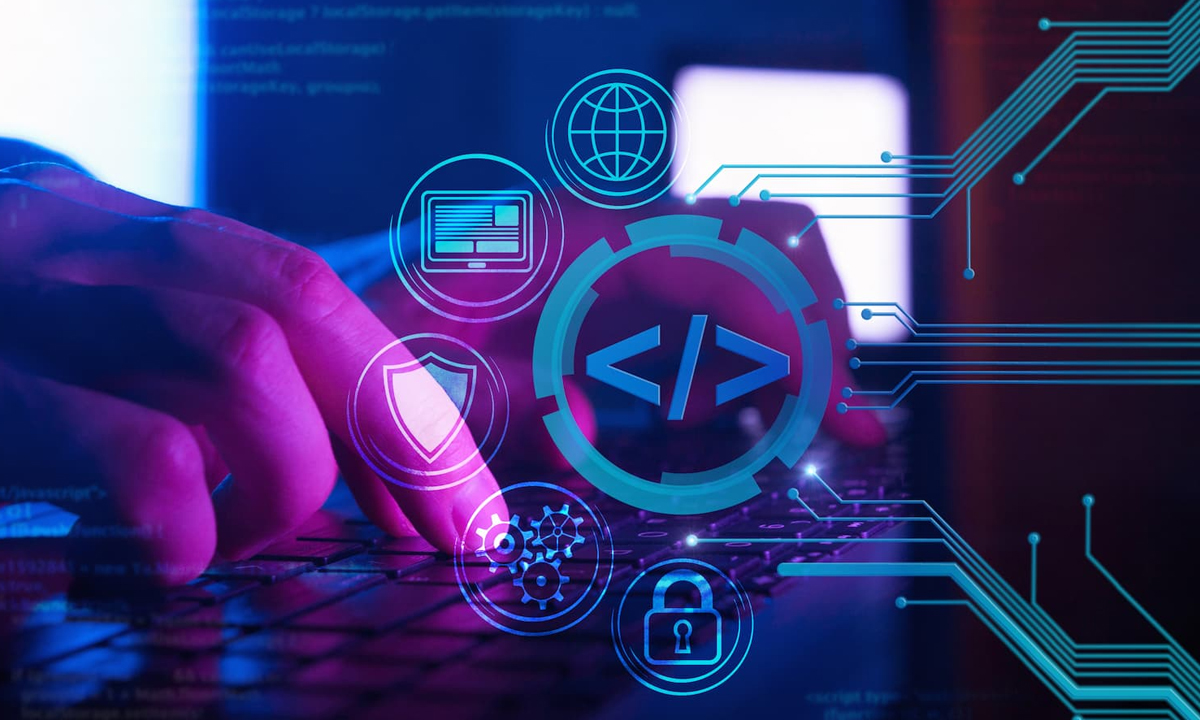 Rust or Golang?
Dilemmas like these have taken their lives for a loop for the Millennial entrepreneurs. These two programming languages have brought a riveting ripple throughout the world with a number of advantages.
Throughout recent decades, the main options for corporate development have been these programming languages. In Mozilla, Rust was pulled off, while Google created Golang on the other hand.
These programming languages provide essential features for advanced software development, including memory security, built-in toolchain, open-source development model, strong communities for modern users, and the like.
Even though there is an abundance of parallels between Golang and Rust, they are dramatically different. We were built to scratch numerous itches, fulfill various requirements and compose specific types of programs.
It’s not about drawing a comparison between Golang and Rust to figure out which programming language can do better. Rather, it’s about determining which language at a given programming task may perform supreme.
Bearing that in mind, we need to find out the main ways in which Golang and Rust differ from each other, and the types of responsibilities for which each is satiable.
Nonetheless, to appreciate which programming language is the best fit for your requirements, you should get a thorough knowledge of both Golang and Rust.
Look into the excerpt below to demystify many unknown facts about them:

An overview of Golang
In the year 2007 Google introduced Golang or Go. It was conceived as a response to a few issues that were found in software infrastructure building by some organizations.
Some problems, such as computation clusters, web programming models, etc., were handled by workarounds rather than being fixed directly. Golang was designed and engineered to bring more productivity to such environments.
In addition to its well-known aspects such as garbage collection, built-in competition, Golang’s design consideration also involves stringent dependency management, robustness across different component boundaries, and adaptability as advanced systems for software architectures.
Currently, Golang shares the highest market position in terms of both traffic and popularity compared to other server-side programming languages.
According to the survey, Web Development is Golang’s most preferred domain, at a whopping 65 percent. The programming language is also mainly used for writing API / RPC services (73%) and for developing CLI applications (63%).
Most of all, Golang’s promoter score is 68 percent positive, which indicates that its popularity is only rising. In 2018, 90 percent of users said they would recommend Golang to others.
Golang finally became public in 2009 and began to be used as an open-source project. Some of their influential predecessors are Alef, CSP for Hoare, Newsqueak for Pike, etc.
Recently the 1.12 version of Golang has been released in February 2019. Some of the biggest highlights of its latest features include enhanced modular support, better compatibility with iOS and macOS forwards, and the likes.

The Major Benefits of Golang
⦁ Golang’s best asset must be its incredible speed. It’s a very simple and static programming language that can be compiled into a machine code. In fact, Golang can work faster than many other programming languages such as Python, JavaScript, Java C #, etc.
⦁ Code simplicity is a further benefit of using Golang
⦁ Golang is a language known for being pragmatic, concise and effective
⦁ Explicit focus of Golang is on streamlining the coding process. It’s portrayed in Golang’s documentation as an ‘ open-source initiative ‘ to make programmers more efficient
⦁ Its problem-solving approach focuses mainly on the productivity of a programmer over different software development cycles
⦁ Golang’s flexibility is yet another major strength
⦁ It concentrates on competition as a top-level concept
⦁ It is both simple and extremely safe to use. Unprotected memory access will not be tolerated
⦁ It can excell in writing ‘ DevOps ‘ tasks and micro-services straight forward
⦁ It possesses a strong interoperability with C and several other programming languages
⦁ One of their rumored targets was to replace C++ and C
⦁ Golang supports IDE
⦁ Last but not least, handling is extraordinarily simple

The Golang disadvantages
Though Golang has earned much appreciation from developers around the world, it also has a number of drawbacks. Some of Golang’s major pet peeves are dug out below:
⦁ It is not a language of the system
⦁ It sacrifices a few performance aspects to emphasize its aim of simplicity
⦁ It allows for some interoperability through cgo. It’s not the expected way to write Golang programs
⦁ Golang largely lacks generics
⦁ This programming language doesn’t have ample immutability
⦁ Go is waste collected which pays a toll on its overall performance

A Brief Picture of Rust
In the year 2010 Rust came into being. It is often regarded as an advanced extension of the ML languages. Mozilla had been Rust’s actual underwriter. With Rust’s help, the Servo browser engine that is sponsored by Mozilla was developed.

Some of the servo project’s major goals that leverage Rust’s ownership and competitiveness include improved security, improved parallelism, improved performance, and increased modularity.
A consumer study by Rust reveals 74.5 percent people who have used the programming language, like it, too.

In fact, it was reported that the number of Rust users would increase in 2018, with almost a quarter of them using it for at least 2 years. Rust projects are trends with large investments in mammoth sizes, too.
In addition, medium investment exceeding 10 K and large investments exceeding 100 K lines of code were reported to grow from 8.9 percent in 2016 to 23 percent in 2018. This is immense!
Nonetheless, the programming language displayed certain not – so-satisfactory results while questioned on Rust at function. Industries 49.2 percent claimed they would not use Rust at work. Those who do are 21.2 percent just part-time consumers. And those who make full-time use of it are only 8.9%.
Rust’s 1.0 version was introduced in 2015, and Rust’s 1.33 version was developed in 2019. Rust has strong community backing. Some examples of community projects include Redox, an operating system developed in cgmath, Iron, and a linear graphics library for computers and algebras.

Some of Rust’s biggest benefits
⦁ Rust has an incredible speed of the run. In some cases, Rust managed to outperform Golang successfully.
⦁ Rust is second to none to perform certain tasks that require high performance, safety, and competitiveness.
⦁ Rust gets gifted with computer sophistication. It has allowed some fine-grained system control features such as novel embedding, rich patterns, rich extensions of syntax, and the likes.
⦁ Rust is regarded by millennial developers with a legion of professionals as the most loved programming language, stating that they want to keep up with it
⦁ FFI, C and several other languages interoperable in this programming language
⦁ It does have an abstraction at zero cost
⦁ This programming language has a broad supporting community
⦁ It supports generics strongly in different forms of trails
⦁ One of the best things about Rust is it doesn’t tolerate unprotected access to memory
⦁ It has a very predictable runtime behavior, meaning that there is no garbage collector, nor any abstraction of costs\
⦁ It has inviolable safety against all low-key threats including race condition, zero-pointers, and likes
⦁ It has close complete control over the hardware that includes processor functionality and memory layout
⦁ It saves a significant amount of time from debugging, crashing and testing

The Rust disadvantages
Although Rust is filled with legions of advantageous features up to the brim, pet peeves are not completely devoid of it. It also has its own share of setbacks and some of these include:
⦁ Rust has a more stiff learning curve than Golang
⦁ It is a programming language that is somewhat complex. It also requires a serious involvement in learning and mastering ramp-up times before most people can handle it
⦁ Before we introduce the latest concepts, the old habits should be unlearned
⦁ Rust in comparison is a tad slow to compile
⦁ In analogous situations, it can be a tad slower than C++ and C

Golang or Rust: Which and why is it better?
All Rust and Golang will spell galore benefits in the architecture of a web service that requires a high volume of traffic to manage. Nevertheless, as with most modern developers, Golang is much quicker than Rust. Especially if you work with a large team of developers, or have a range of services to write, it’s slightly better than the latter.

Rust was also portrayed by many other developers as being an extremely superior programming language. It is comparatively more bulletproof than any other programming language according to them.
But Golang’s global popularity is a bit higher mainly due to its low ramp-up time and less complexity. Rust can compete with C++ for space, etc. in a situation where programmers have to handle complex syntax to ensure optimum performance in various fields such as AAA game engines, microcontrollers, web rendering engines, etc.
Since time immemorial, both languages have been considered competitors because they were introduced simultaneously. Golang aims to maintain simplicity and allow the developers to have better programming experience.
It also makes a large programming team significantly more efficient through a simple application. Meanwhile, Rust can empower developers to take control of a granular level, directly from managing how their threads comply with their variables system.

Golang may be ruling the roost as of now, but this picture could change in the near future with Rust topping the priority lists of developers. Until then Golang is expected to reign supreme continuously.