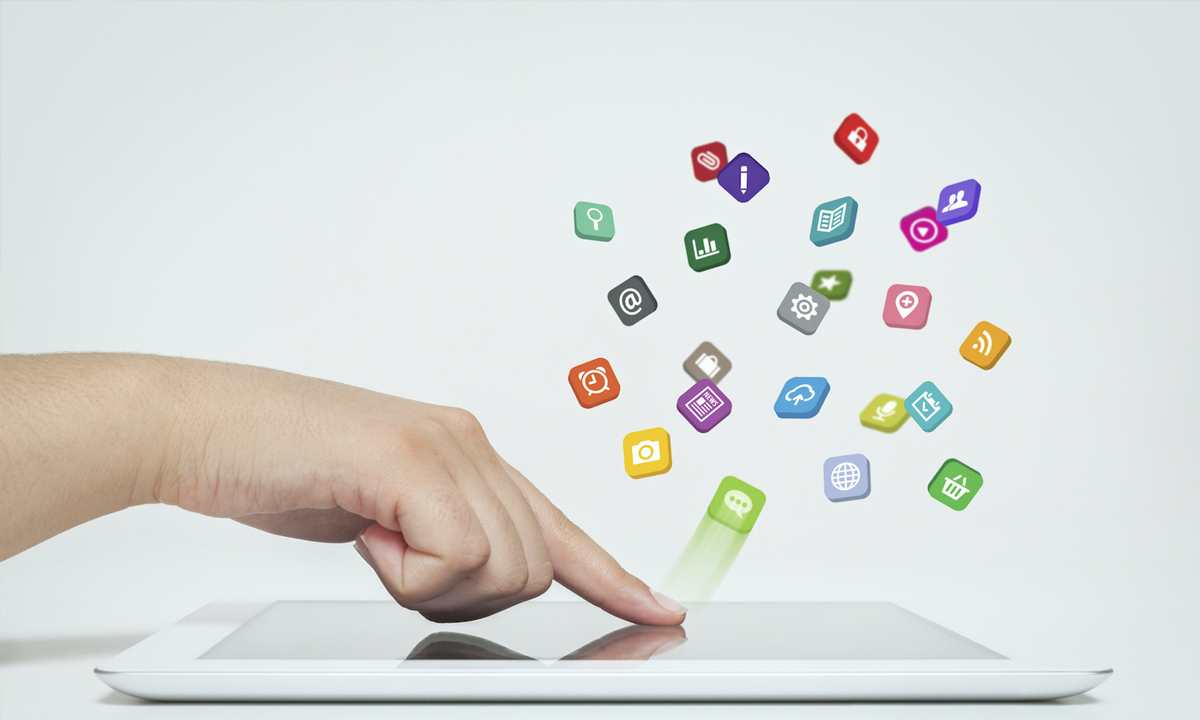 How Most Beneficial is Android App Development? Let’s get the answer to that question. Mobile phones have become the backbone of society these days, and are growing tremendously. Mobile apps have come into being for those specialized computing devices. Mobile applications are made using today’s most compelling and dynamically accessible mobile platforms. These are Symbian, Android, Windows, Blackberry, and iOS platforms. Google Android is, however, growing at an exceptional rate.
We’re both conscious that Android is Google’s mobile operating system. It’s based on the Linux kernel, which is primarily built for handheld devices. Adding to this, Google introduced Android TV for TV, Android Wear for wrist watches and Android Auto for cars. Android is a success among tech firms that require high-tech devices to have a simple, low-cost, and customizable operating system.
Not many of you are familiar with its open-source nature. Under an open-source license, Google issued the source code for Android.
Android has a wide user base and has streamlined the development process for mobile apps. Enterprises exploit Android to build unique smartphone applications that address consumer problems and improve market value. Android has now become the worldwide option of mobile app creators with open-source and affordability apps. If we continue to understand the benefits of Android growth, Android apps are helpful in growing the business with comparatively fewer expenses and are always the top business choice.

Android apps ‘ capacity is incredible and expected to grow further, thereby answering consumer demands and offering other devices that are further protected and easier to navigate. Let’s take a look at why the development of android apps should be a priority for all companies:

Comparatively, the Android application has low market entry hurdles and also provides the coder community with its SDK which reduces development and licensing costs. Being a JavaScript-based platform, mastering and executing is also very simple. The cost of creating an app here is divided into three stages: device development, testing, and cost of equipment for mobile apps. So it’s extremely cost-effective.
To administer the one-time charge for the product, developers are expected to pay $25 to register for a Google Play Developer Console account. And later on, any device can be used with their smartphones to create an application and test it.

Open Source Android App Creation
Android’s open-source design has to be the most popular benefit, which ensures the Design Kit (SDK) source code is completely eligible for modifications as per the developer’s necessity. The developers can interact directly with the audience. They have access to the best technology platform which leads to faster application development and gives the app developers better opportunities to earn more. Android facilitates unification of the inter-applications when two separate devices may interact. This renders the Android platform appealing to handset manufacturers & telecom operators, resulting in Android-based phones growing faster.

Integration of internal apps is a supreme task that requires a proper framework and Android is a location that provides easy inter-app integration across several versatile devices. Companies can incorporate and communicate with each other via easy apps, and benefit from communicating with subsidiaries and representatives so that all the details can be easily shared and updated. The Advance Integration function provides better departmental coordination and interaction. Android apps often facilitate tailoring according to the organization’s requirements. In turn, companies can easily integrate their software with the existing system to suit the company’s needs.

Simple Device Authorization Phase in Android
The Android app approval process is a lot more delicate. The final approval process requires a few hours. The applications submitted are evaluated by a team of experts using automated tools. The team’s primary emphasis is on detecting breaches in the device such as the existence of ransomware or spyware, infringement of copyright and the inclusion of sexually explicit content. The first round is software analysis and once it has been finished it moves to the second team of developers, who manually check the applications (the human study).
Android developers enjoy a lot of flexibility in the general content of their software as opposed to iOS developers. Developers will readily accept the program and use their product to reach the Android market, and the procedure is identical for developers and the current App development firms.

Simple tackling
Android Apps are built in Java language that is extremely library-rich. Compared to other language developers, developing an Android App is relatively easy and convenient for Java coders. Transiting the code script into a smartphone device is very useful for Java developers, it may even incorporate android web development resources in the app.
The primary requirement for developing an app in android is the strong awareness of core Java so the script can be transformed into a highly interactive device. Therefore developers must have a good command for Android in Core Java, and they can build an application with the least effort.

High security in the development of Android app
Throughout the time the Android market was becoming popular, hackers infected a number of Android mobile devices. Google solved this critical protection problem unnecessarily concerned and made Android a highly safe platform. Added an address space interface that defends the operating system from ransomware, making it hard for hackers to find the exact position of the data and important code.
Google has also started sending the customer a cyclic prompt to adjust the configuration on their device. With this, all passwords were constantly changing, and the data stayed safe. Now android has become one of the best mobile platforms on the market with address space style.