HomeUncategorized 9 Best Tools For Designing a Mobile App UI
May 25, 2017 by Innovins Uncategorized 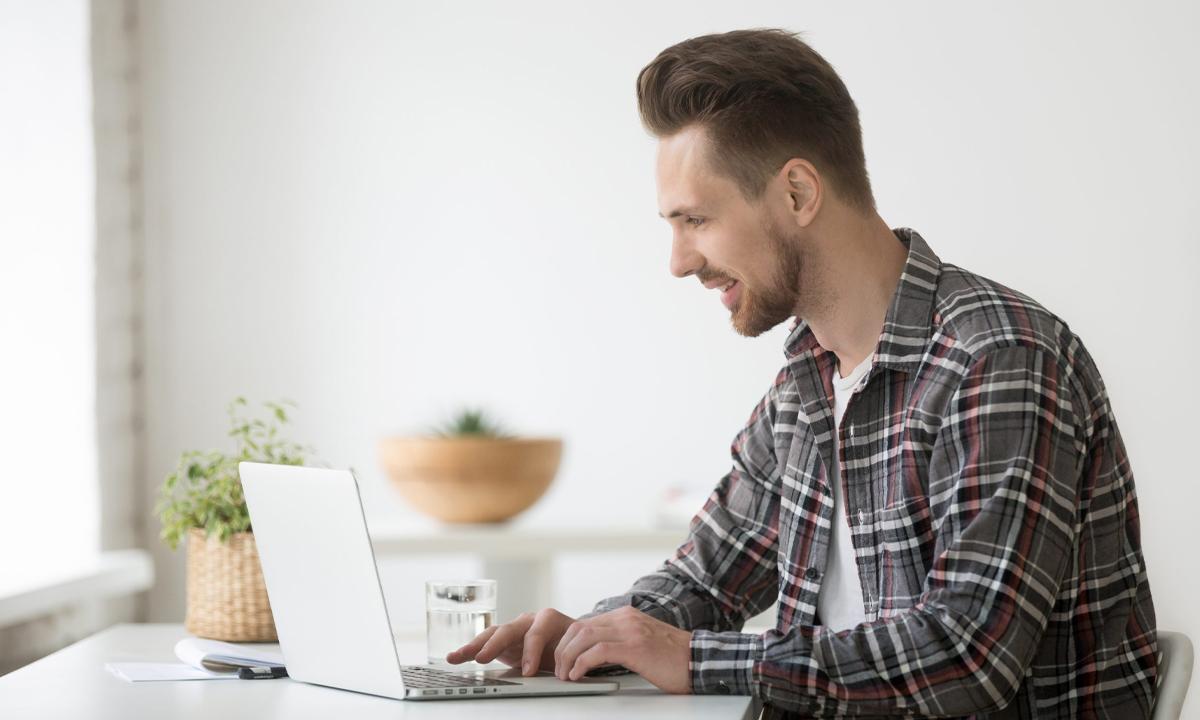 Design can never be static. Every project is different and so is the process that varies as per the product, personal preferences, team size and other relative variables, but when it comes to tools, you will find only a handful that is every designer’s pet. These tools pave the way for planning and brainstorming, help in clear communication of ideas, solve technical troubles to build mind-blowing animations and even sort interactions with the developers. Over the years, the app designers have worked relentlessly to refine their design tool kits so that they can fasten the workflow and execute right design decisions.

These tools pave the way for planning and brainstorming, help in clear communication of ideas, solve technical troubles to build mind-blowing animations and even sort interactions with the developers. Over the years, the app designers have worked relentlessly to refine their design tool kits so that they can fasten the workflow and execute right design decisions.

Yes, evaluating various extensions, plug-ins, tools and online resources have somewhat become necessary for the design cycle. The team must craft out high-performance mobile app solutions and make it a hit in the digital market.

For this, it is important to have some of the easy-to-use design tools that can transform your raw ideas in the most creative way and can collect useful feedback at an early stage of mobile app development. Here is a list of some of the amazing mobile app design tools, which will render your workflows, screens and pitches more robust with each project-

1. Sketch
Although Photoshop is a personal favorite with the designers, still some have made a switch to Sketch. This super graphic design tool possesses similarity to Photoshop but is more focused on UI/UX design. The tool is powerful, has a wide range of features and brings out professional results. It extends infinite zooming, 2x export, and styled vector shapes which are apt for multiple resolutions. Sketch offers an ‘Export All’ feature and as it is vector-based, there is no problem in exporting PDF, JPG, and PNG (optionally in 2x) files.
Generally, app designers prefer 3 different tools for 3 purposes namely Omnigraffle for wireframing, Photoshop for visual design, and Illustrator for vector logos. All these 3 tools are perfectly aligned with Sketch, thereby making one app fulfill all your needs and achieve overall productivity with no wastage of time.
The sketch is suitable to use owing to its simple operation and the feature which can design the symbols of common elements like buttons, tabs, headers etc with ease. It not only fires up the process of wireframing but also enables an easy hand-off to the visual designers. As we are employing the same tool in the visual design stage, there won’t be much trouble in updating wireframes into high-fidelity visuals.
All the changes that we have witnessed in-app designing have been made possible because of Sketch’s vectorized model, components like multi-resolution exporting and shared styles and symbols.

2. Marvel
The Marvel app converts raw sketches on paper into engaging, tappable prototypes that permit you to demo your app ideas and collect feedback from others. It works perfectly well with .psd files, so you are not required to convert your designs before uploading.
Marvel saves the testing time consumed on changes as it automatically updates them in the background. By replicating the device, the web browser can successfully test your prototype very much in the natural milieu.
Leading you towards most realistic prototyping experience, this tool also gives the benefit of custom animations and fading between screens. Marvel, being an interactive tool, enables designers to import from Sketch, build prototypes of app interactions, animations, and transitions, and further forward these prototypes with stakeholders and developers. It is a convenient way to open up an entire flow to the customer as well, without being bothered by the static user flows.
Here, designers don’t have to be equipped with advanced programs like Framer and After Effects to include animations, transitions and other interesting features in their app layouts. Marvel permits any designer to form transition-based animations over various app screens speedily. The tool is used to prototype an entire app, especially the one with basic transitions in a large number of screens.

3. POP
If you found the Marvel app useful, but you are in search for a working prototype compatible with your Android device, POP app is what you need. It is the best application for mobile prototyping and makes the transition from paper to digital prototyping very easy. All you need to do is to take pictures of your sketches to upload them to POP, or simply upload .psd files to Adobe Creative Cloud. After this, you can smoothly shift between views, gestures, and interactions. As POP is integrated with Dropbox, thus there won’t be any trouble sharing your work with others.
What makes POP app different is that it commences with the images of your hand-drawn app sketches and connects them together onto your mobile. There is no visual constraint in the app as your drawn prototype is compatible with any device.

4. UXPin
UXPin is an intensive wireframing and prototyping web tool. Its simple interface and built-in features make you assimilate a design and create highly interactive wireframes and prototypes. Having drag and drop synchronization with Photoshop and Sketch, this tool systematizes the workflow keeping all the layers of the design intact. To execute design decisions, usability testing is also present which can help to perform tasks, count the users and their clicks and display results to the team.
UXPin adds efficiency to the design, testing, and rollout stages. Here, there is a dynamic toolkit that consists of various design elements and patterns for creating brilliant designs from scratch. The UI libraries are a great source with several ready-made features including bootstrap elements.
The drag and drop interface of UXPin enables you to build wireframes and prototypes that are compatible with multiple devices with a range of screen sizes and resolutions. Other powerful components are the intuitive commenting system, real-time joint editing and easy-to-share previews. A spectacular add-on is Smart Guides, wherein you can measure the exact distance between the elements.
It is possible to edit all the images within UXPin, i.e., you can change brightness, sharpness, contrast and transparency with ease. The tool also gives the advantage of exporting the finished prototype to pdf, HTML or png formats. Thus, you can successfully execute interactions that can improve the performance of the entire project. The UXPin library supports all the three platforms-iOS, Android, and the web.

5. Proto.io
A great zero coding wireframing tool, Proto.io makes highly engaging prototypes that have the look and feel similar to the mobile apps you are building. Also, this tool can be utilized for testing your prototype designs on multiple devices. Another gripping feature of Proto.io is that there are actions which add to the efficiency of the application. Some of the fascinating features are Dropbox sync, Adaptive UI libraries, Material Design UI Library and Offline mode etc.
Here, you can have swift screen transitions, make orientation changes or touch gestures and even test each prototype on any device iPhone, iPad or Android to suit the complete purpose. Initially intended for mobile apps, Proto.io has found its markets in other emerging internet-connected devices like smart TVs, refrigerators, alarm clocks and cars, gaming devices and Google Android Wear. It is a fairly functional app for the designers as they can incorporate quick changes and further, pass on the prototypes to other members conveniently.

6. Zeplin
Zeplin is a plugin and web app that is compatible only with Sketch. It combines all the attributes of the shortlisted elements into a collective specifications sheet, which clearly explains the handoff between the design and developer teams. With this app, you can frame living, breathing, and interactive specification sheets. Zeplin is useful as the designers are not required to wait until the end of the design process to hand over the specs to the developers.
The developers can be introduced to the process much earlier and then iterations can be done as per the need of the course. The app can cut the speccing time to a great extent and thus, enhance the overall app speccing process.

7. Axure
If you are looking to create fully interactive UI mockups and wireframes, Axure is the wireframing tool just meant for you. Being a zero coding platform for wireframing websites and applications, Axure consists of all the documentation tools that are needed to pass the design choices and document the layouts.
You can opt for either the Standard edition or the Pro edition which has extra collaboration and documentation elements. It is indeed the largest application devised for advanced prototyping solutions. Speed is the best characteristic of Axure as you can quickly form prototypes of responsive websites and mobile applications.
You can easily add interactions, make Master pages and choose ready-made elements and patterns from Widget libraries. Additionally, you can import images, add colors, gradients and maneuver the transparency of each object. The version 7 of Axure supports excellent framework that has unique web fonts, events, string functions and convertible prototypes.

8. JustInMind
A wonderful prototyping tool, JustInMind allows better and faster prototyping for websites and mobile apps. Created in 2008, the best feature of JustInMind is that it can be downloaded to your computer, not the just browser, which gives the option of working offline. Not only you can design self-explanatory wireframes, but receive feedback on the same instantly. Being a dynamic prototyping tool, JustInMind is accompanied with a superb widget library that permits you to enter HTML, videos, online widgets, docs, interactive maps and online/offline content in your website or application.
From websites to advanced administration, the application does its wonders for everything you want to create. You can add elements from UI libraries and build Master pages easily. A big merit is that you are able to download add-ons through ready-made modules, which has bootstrap elements too. Also, now conveniently share mobile prototypes with other team members and conduct testing on your smartphone. Simplicity works in favor of JustInMind, but there are times when a lot more is expected from the performance.

9. HotGloo
HotGloo is a robust wireframe UX prototyping tool that gives you the control to prototype any type of mobile application which needs a particular user interface. Developed with extraordinary interactive features, HotGloo allows more than one app designer to collaborate on a single app wireframing project. Through this tool, you can work on your wireframing project anytime anywhere around the clock, without the barrier of the browser or operating system you are accessing.