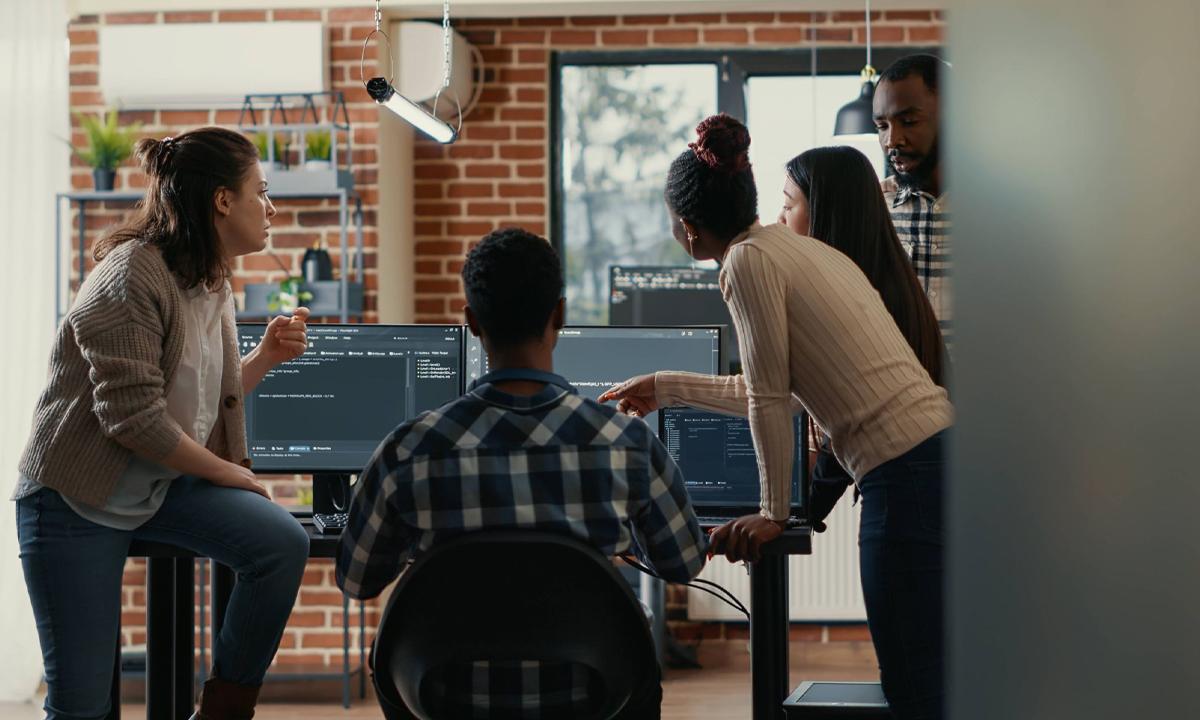 So, whether it’s Swift or Objective-C, it makes sense for developers to keep updating their knowledge about the Pros & Cons of all the programming languages out there.

In this blog, we decided to pick on one of the newest languages on the block.

Yes, we’re talking about Apple’s Swift, which was first introduced at Apple’s 2014 Worldwide Developers Conference (WWDC). As a multi-paradigm and compiled programming language, Swift was developed for iOS, macOS, watchOS, tvOS & Linux. It was included in Xcode since Version 6. This programming language builds on the best of C & Objective-C minus the compatibility issues of C.

With its neat structure and design already striking the right chords with the developers, Swift is turning out to be the most in-demand programming language today. No wonder, IBM also took interest in being an active part while developing the language and making investments to that effect. With IBM as a development partner, there is much scope for sharing Swift resources and using Swift Sandbox for further experiments.

Now, let’s look at some exciting features of Swift that will revolutionise the app development process.

App security has become a rising concern in the mobile app ecosystem and thankfully, Swift has a lot to offer on this front. With a sturdy syntax and language corrections in place, developers are less likely to make errors while writing codes in Swift. This gives Swift an edge over its counterpart, Objective-C as the former excludes most of the mistakes that can happen while writing codes in Objective-C. This ensures greater stability in apps as the instances of app crashes and other bugs are low for apps developed using Swift. When a programmer writes a bad code, Swift takes the nil code and marks it as a compiler error. This advanced language allows coders to compile and fix the errors well within the time of writing, which is a boon for bug testing. In fact, Swift is way faster than Objective-C while hunting for bugs inside the app.

One of the first things that makes the case for Swift is its clean syntax, which makes the whole process of reading and writing codes very convenient for developers. By leaving out many legacy conventions (for example, semicolons to end lines) and reducing the bracket mess involved in method calls, the codes in Swift tend to have a simplified syntax. Swift also has a highly reusable syntax which makes way for better readability with lesser coding as compared to Objective-C.

Another plus point – The syntax and language constructions are more stable in Swift.

Swift codes read very much like simple English, which minimises the task of searching for problematic codes for the developers. It also helps JavaScript or Python programmers to easily adopt Swift into their toolchain. Now, isn’t that really cool?

So, non-iOS developers can also understand the codes written in Swift without having the need to rely on further explanations. This is particularly helpful for establishing cooperation amongst programmers who are developing the same mobile app for different platforms. Needless to say, this gives a big boost to efficiency and simplifies the task of collaborating.

When Apple rolled out Swift, they envisaged to create an easy and flexible programming experience for developers by adding some highly modern elements that were missing in the app development ecosystem back then. Swift Playgrounds is one such revolutionary feature that programmers will truly appreciate.

Playgrounds enable programmers to test code or algorithms right on the spot without actually having to build the entire app.  With the inclusion of inline code execution in Playgrounds, the programmers are given the flexibility to create codes or algorithms while receiving feedback. This helps programmers to write codes faster along with the data visualizations of Swift. So, Apple has really gone that extra mile in making app development more approachable with this tool.

5) Scope for further improvement in Swift

Talk about an inclusive approach towards creating a ‘programming language’ that every developer will love, Apple is already on the job by trying to do that with Swift.

By open-sourcing Swift, Apple has encouraged independent developers to use this language across multiple platforms and share their experience with Apple through community feedbacks so that they can improve the language constantly. This is the perfect example of creating a sound programming language with the global support of passionate developers that meets the current requirements of the app development ecosystem.

Of course, these are just 5 awesome things that we wanted to focus on. But Swift has a lot more to offer besides what we’ve covered in this post.

As a next generation programming language, Swift offers a lot of innovative features to app developers that makes programming neat and flexible. By combining the features of C and Objective-C, Swift enables developers to re-imagine their mobile app development approach for Apple products. Apart from providing an altogether different level of interactivity in app development, Swift has numerous features like closures, generics, type inference, etc. This adds to the easy-to-use aspect of Swift and maybe, that’s the reason why it’s getting so popular amongst App developers.